Caring for the Emotional Health of Hospice Families

Many families today take advantage of hospice services to provide supportive care when a loved one is near the end of life. Hospices serve many thousands of patients each year, and provide high-quality cost-effective, compassionate care for people with life-limiting illnesses.
The hospice team, which may include the patient’s personal physician, nurses, social workers, physical and occupational therapists, chaplains and home health aides, work closely with the patient and family to keep the patient comfortable and to ensure the best possible quality of life during the last days. Hospice care can be provided in the patient’s home, in a nursing home or other senior living community, or in a dedicated hospice facility.
But new research shows that while we’ve come a long way in supporting patients at the end of life, we sometimes fall short of supporting the most important members of the care team—family caregivers, who do so much for their loved one, yet may not take the time to focus on their own emotional, social and spiritual needs.
University of Missouri School of Medicine researchers recently published a study, “The Prevalence and Risks for Depression and Anxiety in Hospice Caregivers,” in the Journal of Palliative Medicine. Lead researcher Debra Parker-Oliver reported that 25 percent of these caregivers experience moderate or severe depression, and nearly a third suffer from anxiety.
“While some sadness and worry are expected components of caring for a dying family member or loved one, clinical depression and anxiety shouldn’t be,” said Parker-Oliver, who is a professor in the university’s Department of Family and Community Medicine.
Parker-Oliver noted that younger caregivers were at higher risk of depression, and caregivers whose loved ones had Alzheimer’s had a higher level of depression than those who were suffering from cancer. Her team called for expanded depression screening and treatment for family caregivers who are caring for a loved one whose life is near the end.
Parker-Oliver reminds us, “Health providers usually are more focused on the terminally ill patient instead of the entire family. However, in many scenarios, it is a family disease. It’s fair to say they have two patients: the caregiver and the person who is terminally ill.”
Source: IlluminAge AgeWise reporting on a news release from the University of Missouri School of Medicine.
Posted by APFC Home Care at 12:51 PM 1 comment: 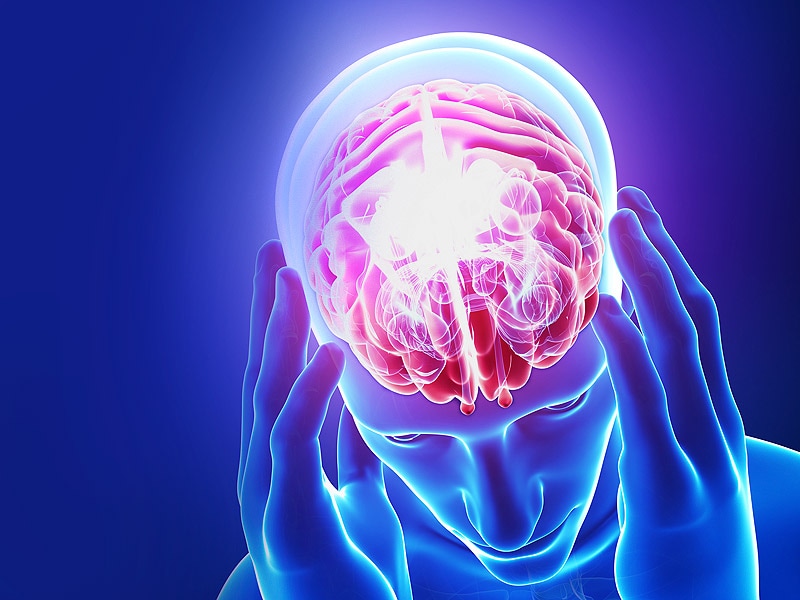 An estimated 1.7 million traumatic brain injury-related hospitalizations and emergency visits occur each year in the United States, according to the Centers for Disease Control and Prevention (CDC). “Sadly, you can’t prevent every brain injury from occurring,” said Dr. Alex Rosenau, former president of the American College of Emergency Physicians. “But the number of patients we treat who are suffering from injuries that were preventable is alarming.”

More than 50,000 people in the United States die each year because of traumatic brain injury, and another 80,000 to 90,000 deal with a long-term disability. The severity of a brain injury can vary from “mild” to “severe.” Nearly 80 percent of people are treated and released from an emergency department, according to the CDC.

Traumatic brain injury has been getting a significant amount of attention in recent years because of current and former NFL players who say hard hits to their heads and repeated concussions throughout their playing careers have caused them to have life-altering symptoms of brain injury.

One of the most common brain injuries is a concussion. Most people recover quickly and fully, but for some, it takes longer. Physical symptoms of a concussion may include:

Headache
Loss of consciousness
Blurry vision
Nausea or vomiting
Dizziness
Balance problems
Light and noise sensitivity
There are many ways to protect your brain or at least decrease the severity of injury. Some include:

Always wear certified safety helmets when biking, motorcycling, snowmobiling, skiing, skating, snowboarding, horseback riding, sledding, rollerblading, skateboarding and many other activities that lead your head vulnerable to hitting hard surfaces.
Properly wear a seatbelt at all times in a moving vehicle.
Properly install a child’s safety seat, have it inspected, and make sure children are strapped in correctly depending on their specific age.
“Clearly the best thing you can do if you hit your head, and you’re unsure of the severity, is to come to the emergency room to get checked out,” said Dr. Rosenau. “We’d much rather see you and send you home as opposed to seeing you and then admitting you to the hospital for something more serious.”

The American Institute for Cancer Research shares six steps to prevent half of all colorectal cancers.
Colorectal cancer includes cancers that begin in the colon and the rectum. The National Cancer Institutes (www.cancer.gov) says there were 134,490 cases of colorectal cancer in 2016, and almost 50,000 deaths due to the disease.
It’s important to be screened for colorectal cancer as your doctor recommends. Screening is recommended beginning at age 50, and earlier for people with certain risk factors or symptoms. During some types of screening (colonoscopy and sigmoidoscopy), the doctor may remove polyps, abnormal growths in the colon that could turn into cancer. Healthy lifestyle choices also lower the risk of colorectal cancer.
The following information is from American Institute for Cancer Research.
Colorectal cancer is the second leading cause of cancer-related deaths and the third most common cancer in the United States. The latest research shows that Americans can prevent tens of thousands of these cancers every year through eating a healthy diet, getting enough physical activity and maintaining a healthy weight, say experts at the American Institute of Cancer Research (AICR).
“Research now suggests that 50 percent of colorectal cancers in the United States are preventable each year through diet, weight, and physical activity,” said Alice Bender, MS, RDN, AICR’s Head of Nutrition Programs. “That’s about 67,200 cases every year.”
For National Colorectal Cancer Awareness Month, Bender shared six evidence-based steps to reduce your risk. The strategies stem from the AICR’s report, “Food, Nutrition Physical Activity and the Prevention of Colorectal Cancer,” an analysis of the global evidence.
Posted by Unknown at 11:06 AM 1 comment: